2014TV-MA 6 SeasonsAdult Animation
Meet the most beloved sitcom horse of the '90s, 20 years later. He’s a curmudgeon with a heart of...not quite gold...but something like gold. Copper?
Starring:Will Arnett, Aaron Paul, Amy Sedaris
Creators:Raphael Bob-Waksberg
Watch all you want for free.

Will Arnett is a horse of a different color in this Emmy-nominated animated comedy co-starring Aaron Paul and Amy Sedaris.

Once the star of the hit sitcom "Horsin' Around," today BoJack's washed up, just hanging around Hollywood complaining, and wearing colorful sweaters.

To help with the memoir he hopes will put him back in the spotlight, BoJack hires a ghostwriter.

BoJack finds himself the subject of national media attention after he calls the troops "jerks."

BoJack reconnects with a friend from his past who moves into his house and creates pandemonium.

A business trip for BoJack and Diane takes a detour; Todd runs a scam that gets him in trouble.

BoJack is jealous of Diane's relationship with Mr. Peanutbutter; Todd's in a new environment.

BoJack sabotages himself with an epic bender; Princess Carolyn's agency merges with another.

When he learns that his old friend from "Horsin' Around" is dying, BoJack tries to mend fences.

BoJack embarks on a project in his typically gonzo style, leading to a drug-fueled revelation.

Months after his memoir is released, BoJack's being considered for a role that's a lifelong dream.

With his memoir a bestseller and the movie role of his dreams, BoJack's ready to jump-start his career and his life. Unless he messes it all up.

BoJack believes an upbeat attitude will change his life, but that attitude doesn't mesh well with his new acting job.

BoJack is drawn to the one female in town who has no idea who he is (because she was in a coma). Todd opens a theme park.

A funeral turns into a treasure hunt for the "Horsin' Around" cast -- and a potential schmooze-fest for Princess Carolyn and Mr. Peanutbutter.

Princess Carolyn, BoJack, Diane and Mr. Peanutbutter learn some important lessons about love in the wake of a surprise birthday party.

BoJack really wants his director, Kelsey, to like him. Todd, Diane and Kelsey's daughter help a chicken who's on the lam from the police.

Princess Carolyn sees an opportunity when Mr. Peanutbutter's agent dies. BoJack flips when he says the "L" word out loud to Wanda.

BoJack is one of the celebrity guest stars on the first episode of Mr. Peanutbutter's game show, but the game doesn't go as expected.

BoJack cooks up a scheme with Kelsey, Todd, Princess Carolyn and Mr. Peanutbutter to steal a crucial shot for the Secretariat film.

Todd gets sucked into the cult of improv comedy. Wanda thinks Diane is a bad influence on BoJack when he has to deal with a career crisis.

BoJack goes on a road trip to visit an old friend and gets a taste of existence outside the Hollywood bubble.

The important things in life become clear to BoJack when Todd moves out to join the improv comedy group on their special cruise ship.

"Secretariat" is a huge success, and BoJack's finally feeling his oats. But when it comes to his personal life, everything he touches turns to manure.

Ana Spanakopita sends BoJack to New York to do interviews, and Todd tags along. Princess Carolyn tells Mr. Peanutbutter to get back to work.

In 2007, Princess Carolyn finds a new project for BoJack, Diane meets Mr. Peanutbutter at the coffee shop where she works, and Todd kisses a girl.

BoJack is framed for the murder of a Whale World dancer. Mr. Peanutbutter and Todd get into a stinky situation with the skunk next door.

4. Fish Out Of Water

BoJack takes an underwater trip to the Pacific Ocean Film Festival for the “Secretariat” premiere, where he tries to reach out to Kelsey.

While Todd and BoJack crash a rehearsal dinner, Diane gets high with a client. Princess Carolyn goes on a series of blind dates.

BoJack is up for a part in David Pincher's latest film. Diane meets Mr. Peanutbutter's brother, and Todd takes the business in a new direction.

9. Best Thing That Ever Happened

BoJack meets Princess Carolyn at Elefante, leading to a night of soul-searching as they help the staff impress a food critic.

Mr. Peanutbutter announces the Oscar nominees. BoJack surrounds himself with admirers, but his real friendships are falling apart.

On a drug-fueled bender, BoJack and Sarah Lynn crash an AA meeting, and BoJack decides to make amends to the people he hurt.

BoJack's back on screen as the star of "Philbert," a new detective series produced by Princess Carolyn. But his demons are out in full force.

BoJack has misgivings about his new show. Princess Carolyn visits an adoption agency. Todd interviews for a job at WhatTimeIsItRightNow.com.

2. The Dog Days Are Over

Diane divorces Mr. Peanutbutter and moves into a shabby studio. Feeling melancholy, she travels to Vietnam to get away from it all.

When Princess Carolyn casts a disgraced celeb in "Philbert," BoJack inadvertently takes a stand. Mr. Peanutbutter tries to toughen up his image.

Painful memories come rushing back when Princess Carolyn visits her hometown and meets a pregnant teen. A stunt goes awry on the "Philbert" set.

BoJack delivers a eulogy at a funeral.

Diane's therapist encourages her to set boundaries with BoJack. A missing string cheese ignites a dispute between Todd and Princess Carolyn.

At BoJack's 25th annual Halloween party, Pickles gets a crash course in Mr. Peanutbutter's romantic history -- and some advice from Diane.

At the "Philbert" premiere party, Princess Carolyn deftly negotiates a deal, Gina steps into the limelight, and Diane confronts BoJack.

"Philbert" is a hit, and filming begins on Season 2. But as BoJack spirals deeper into addiction, he loses his grip on reality.

In the midst of the latest PR crisis, Princess Carolyn gets a life-changing opportunity. With Diane's help, BoJack finally faces the music.

While BoJack wrestles with self-loathing and loss, Todd helps Mr. Peanutbutter run for governor of California and Diane gets a job at a hip blog.

Mr. Peanutbutter's campaign to recall the governor of California culminates in a high-stakes ski race. Meanwhile, BoJack is nowhere to be found.

BoJack goes off the grid and winds up at his grandparents' dilapidated home in Michigan, where he befriends a dragonfly haunted by the past.

Helpful to a fault, Todd is spread thin doing favors for Princess Carolyn, Mr. Peanutbutter and a visitor with a potential connection to BoJack.

The campaign takes a toll on Diane's love life. BoJack helps Hollyhock search for her mom. Princess Carolyn tries to get pregnant.

A mass shooting at a mall creates a PR nightmare for Princess Carolyn. BoJack takes Hollyhock to visit his estranged mother.

Mr. Peanutbutter's posh campaign fundraiser takes a terrifying turn. As chaos swirls around them, BoJack and Diane get drunk.

On one awful day, Princess Carolyn deals with rejection, deception and loss. BoJack and Diane try to track down Hollyhock's birth certificate.

Princess Carolyn pitches "Philbert" to company execs. Todd gets a better business idea. BoJack comes to a realization about Hollyhock.

BoJack inches his way toward redemption as a stint in rehab forces him to confront his mistakes and start making amends.

1. A Horse Walks into a Rehab

BoJack checks into Pastiches, a Malibu rehab facility, where he grapples with memories of Sarah Lynn's death and his own troubled childhood.

When her nanny quits, Princess Carolyn struggles to balance the demands of work and parenting. Mr. Peanutbutter visits BoJack in rehab.

Girl Croosh sends Diane on the road with rugged cameraman Guy, but she balks when they ask her to produce more feel-good stories.

6. The Kidney Stays in the Picture

The assistants of Hollywoo go on strike. BoJack tries to help Dr. Champ. When Todd learns that his mother needs a kidney, Diane comes up with a plan.

7. The Face of Depression

BoJack travels around the country reconnecting with loved ones, while Mr. Peanutbutter embarks on his own national tour as the face of depression.

A reporter digs into the circumstances surrounding Sarah Lynn's death. Hollyhock goes to a party in New York City.

When BoJack starts teaching an acting class at Wesleyan, Hollyhock sets some boundaries in their relationship.

While Paige and Max question Mr. Peanutbutter at his restaurant, a panicked BoJack tries to piece together what's happening.

BoJack gets a new AA sponsor. Todd plans a sophisticated party to impress his parents. Diane gets to know Sonny.

Angela Diaz reaches out to BoJack. Princess Carolyn gets an offer from Lenny Turteltaub. Todd cooks up a scheme.

15. The View from Halfway Down

BoJack reconnects with faces from his past.

16. Nice While It Lasted

A celebration brings people together. 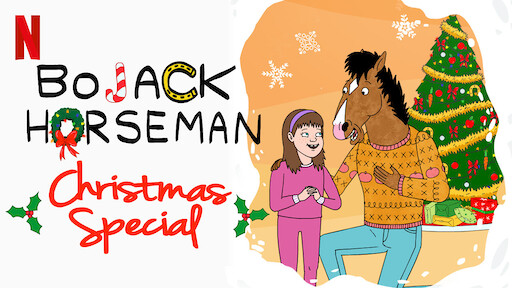 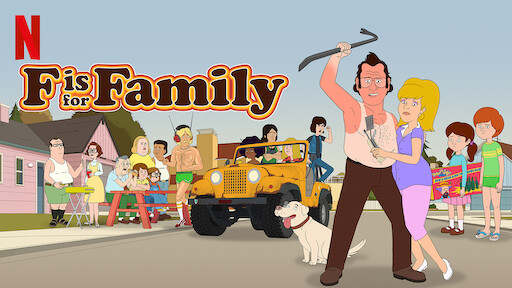 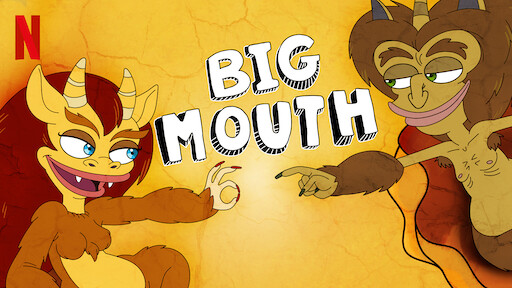 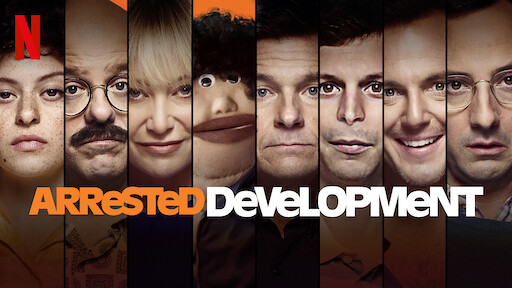 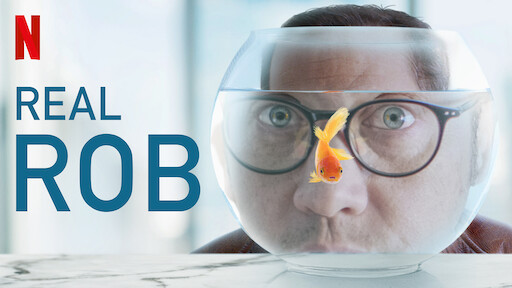 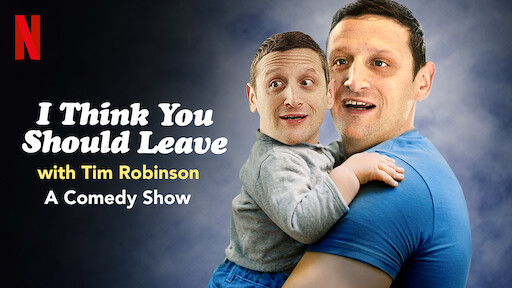 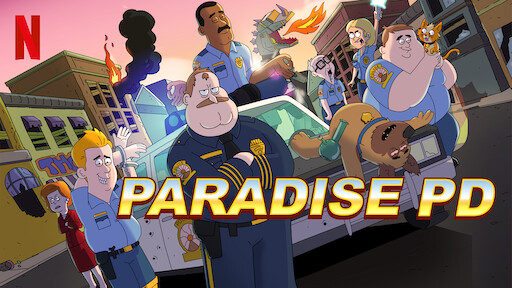 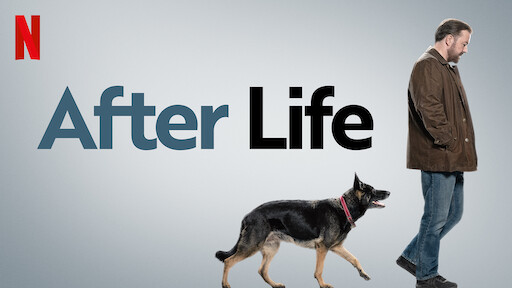 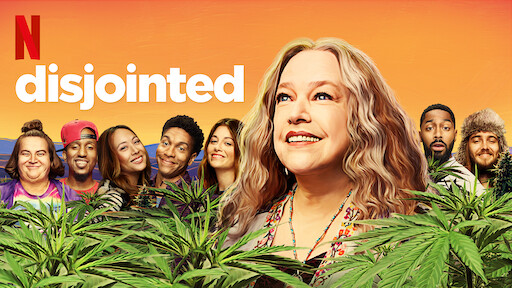 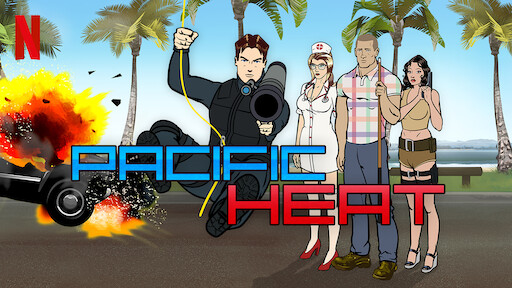 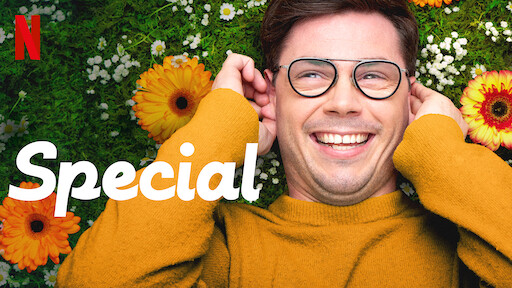 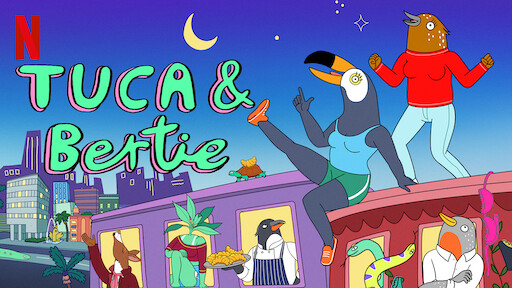 Never Have I Ever
A coming-of-age comedy series about the life of a modern first-generation Indian American teenage girl, inspired by Mindy Kaling's own childhood.
Carmen Sandiego: To Steal or Not to Steal
You drive the action in this interactive adventure, helping Carmen save Ivy and Zack when V.I.L.E. captures them during a heist in Shanghai.
The Eddy
A jazz club in the heart of multicultural Paris faces danger in this musical drama series from "La La Land" director Damien Chazelle.
Escape from Hat
A desperate rabbit rallies an unexpected band of allies to help him escape from inside a magician's hat and return to the human boy he loves.
Caliphate
Sergio
In the aftermath of the U.S. invasion of Iraq, U.N. diplomat Sergio Vieira de Mello (Wagner Moura) faces the most treacherous mission of his career.
Ultras
An aging soccer fanatic faces down the reality of his past while struggling to give himself and a young follower very different futures.
Cadaver
After a nuclear disaster, a starving family is lured by the offer of a meal to participate in a play at a hotel, where audience members begin to vanish.